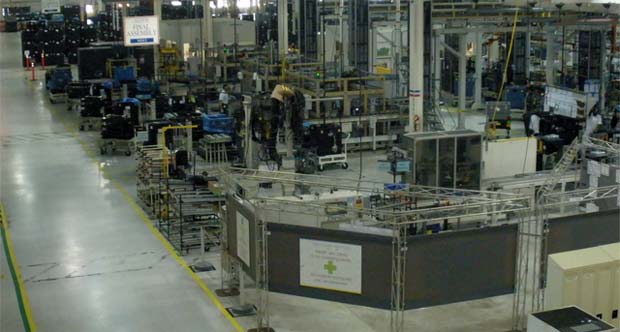 GM’s electric motor plant near Baltimore will be the first by a major U.S. automaker dedicated to making the critical components for vehicle electrification when the plant opens in 2013.

Electric motor design and production is a core business for GM in the development and manufacture of plug-in electric and hybrid vehicles.

The campus will be powered in part by a 1.23 megawatt rooftop solar array, expected to generate nine percent of its annual energy consumption and save approximately $330,000 during the life of the project.

GM’s Baltimore Operations has the dual distinction of being powered by renewable energy and generating no landfill waste. It earned zero-landfill status in 2007 by recycling, reusing or converting to energy all wastes from daily operations.[wzslider height=”400″ lightbox=”true”]