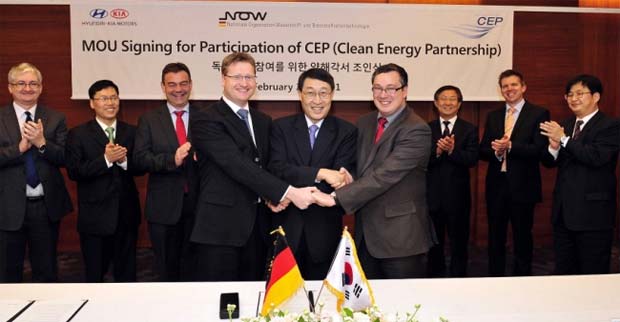 As part of its global activities in the development and promotion of fuel-cell vehicles, Hyundai-Kia intends to join the Clean Energy Partnership (CEP) to promote Fuel-Cell Electric Vehicles (FCEV) across Germany.

The Tucson Fuel-Cell can travel 650 km (404 miles) on a single charge – a range equal to a gasoline-powered car. By comparison, the old ix35 FCEV only managed 370 km (230 miles). The new model gets gasoline equivalent fuel efficiency of 31 kilometers per liter, a 15-percent improvement over the previous version.

Hyundai says the Tucson ix FCEV can operate at temperatures of minus 25 degrees Celsius.