GM to Hire 1,000 Engineers and Researchers for Electric Cars 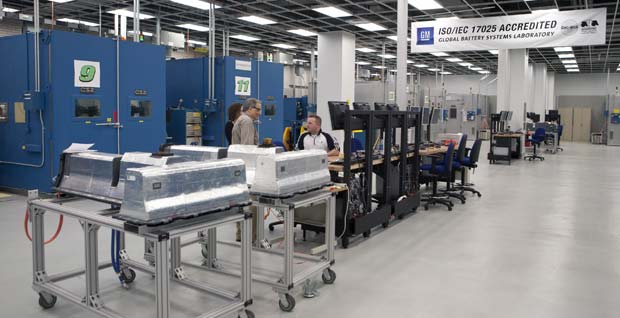 General Motors will hire 1,000 engineers and researchers in Michigan over the next two years to significantly expand its vehicle electrification expertise and lead in the development of electric vehicles from hybrids to electric vehicles with extended-range capability, like the Chevrolet Volt.

The commitment by GM CEO Dan Akerson coincides with preparations for delivery of the first Chevrolet Volt electric vehicles with extended-range capability to customers in key states.

The 2007 reveal of the Chevrolet Volt has spurred a flurry of activity in the electrification of the automobile and has become an economic multiplier for the state of Michigan. GM’s electric vehicle engineering investment expands on the more than $700 million GM has invested in eight facilities in Michigan to support Volt production.

“GM is going to lead the industry in the adoption of various vehicle electrification technologies, whether its electric vehicles with extended-range capability, like the Chevrolet Volt, or the recently introduced eAssist technology that will debut on the 2012 Buick LaCrosse,” Akerson said.

GM has the industry’s largest and most technologically advanced battery systems lab at its Warren, Mich. Technical Center and has invested $336 million at its Detroit-Hamtramck assembly plant, home of the Volt, along with another $43 million at the industry’s only battery pack manufacturing plant in Brownstown Township, Mich.  An additional $162 million investment was announced last week to support powertrain operations in Flint and Bay City, Mich., and Defiance, Ohio.

In addition to GM’s investments, suppliers such as LG Chem, utility companies such as DTE Energy and organizations including the University of Michigan and Wayne State University, are investing in Michigan jobs to support Chevy Volt and electric vehicle development.